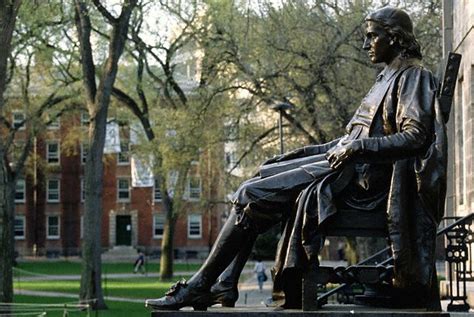 Words from the Devil

Words from the Devil

Another Scholar from One of America’s prestigious Universities  supported by dozens of other under achieved graduates from other top universities in America has translated the Bible ( KingJames version). Attempt to persuade misguided catholics and christians world wide that have already and continues to be mislead by men who has no concept of the creator and has lied and deceived billions into believing and following their ratchet ideology.  Professor Robert Alter A Jewish professor heads Department of Near Eastern Studies, University of California, Berkeley inaccurate and  untruthful versions  of what really took place during the biblical times are still aligned with  the perception of evil westerner scholar’s, history and theology professors that unequivocally supports the State of Israel occupation of the Palestinian people and if they don’t, They have or will never mention it publicly. Professor Robert Alter studied in Israel during Israel illegal occupation and still visits the state on occasion. How could a man who fears other men ever be a creditable source when it comes to the word of God.

What is the Pope doing to prevent all the wars and injustices going on in the world, why cant he get the more than billion followers to stand up outside the church and fight against income equality, Racism, poverty Police Brutality and government corruption because he doesn’t have internal power he knows what he’s teaching all derived from ungodly men.Men who before him practiced the same blind faith and received the same results, men who never moved mountains never gave blind men the ability see or performed any miracles. The same as with Christian, Pentecostal, Baptist, Preachers teachers Worldwide, None of the leaders from any Religion has ever come together seamlessly and agreed in whole on any of the fundamental  realities of the Creator of Mankind. And with all this in mind faithfuls continue go to churches, synagogues and mosque each every week and sow billions of dollars into these religions.

Take a Look at our World.

The worlds leading economic and military Power is the United States of America, Claims to be a christian country. The same country that enslaves men, invades other countries and topples governments, The world’s number One manufacture of weapons, a country where over 75% percent of its citizens own deadly weapons. The U.S and most its allies views are in alignment.  when it comes to the bible people must know that all the writings about Jesus started atleast 80 years after his death. The Romans who received their Knowledge from the Greeks never had any true connection to  the people the bible speaks about. Don’t forget that the Greeks got all their knowledge from the African’s. But Robert Alter never mentions anything about people of Africa or does any of his colleagues and the people that supports his work.

We all Know or should Know

That the Jews that reside in Israel today are not the Jewish people that the bible refers to. You don’t need to be a rocket scientist to know this. Just Look at the way the live, look at what they support. Gods People don’t need nuclear weapons, Gods people don’t hide truth. Gods people don’t need satan’s help. After everything the Jewish people claim to have endured under Hitler’s rule, how could they be so devilish toward their neighbor’s. What did they learn from that experience, what prompted them to rely on weapons to gain worldwide acceptance.

9 out of 10 colleges in the U.S banned free speech

The Jews have quietly and cunningly traveled the world prompting universities and governments to ban College students from having free speech. Why? because of the truth. Truth brings Life, lies keeps the world in turmoil, like it is today, this is the only way the people in power today, can continue to thrive. every where the Jews go they bring war. Truehistory

To all my readers, I am not Anti-Semitic, I Love all People and fight for harmony amongst all people no matter who they are.