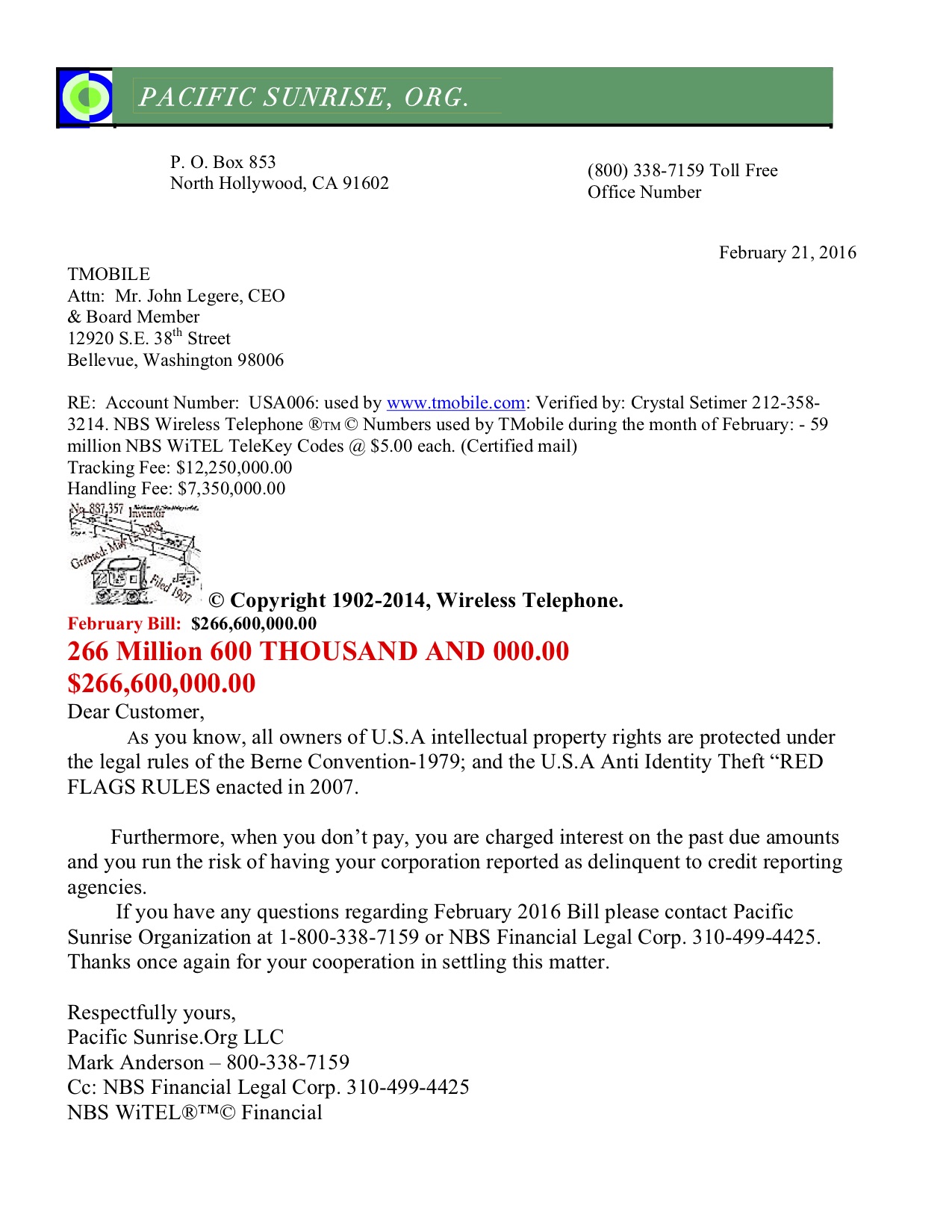 WIll the U.S take away China’s telephone numbers

Does the U.S Government have the power to stop companies from issuing out telephone numbers to its   when you think of a telephone number the last thing comes to mind is who owns it. Most people have this false belief, thinking that the telephone number that’s associated with their smartphone belongs to them.

the truth is all telephone numbers derive from a system invented in the United States of America by a gentlemn named Nathan B. Stubblefield the first and only inventor of the wireless telephone, a device that has been renamed a few times. Some of the common names associated with Wireless telephone are Cell Phone, Mobile Phone and Smartphone. All these devices are wireless. Nathan B Stubblefield was and still is the first man to transmit voice without using wires. The U.S government supported Italian Marconi radio invention knowing that Marconi Never transmitted voice with any of his devices. Marconi created a dit dah system A.K.A morse code. That’s not radio as we know of it today. Can you imagine turning on your radio and all you hear is morse-codes,

It’s Scientifically proven and supported by facts that Wireless telephone is radio, in fact, if you remove the telephone number from the phone all you have is a radio. Only able to receive voice n be able to transmit voice

Why can’t you own your telephone number?

united states government has a monopoly on all telephone numbers and they didn’t even create them. The U.S government didn’t even know that wireless technology existed until Nathan B Stubblefield start doing live experiments in around 1898-1902 Philadelphia- Belmont park. Atracting people like fredrick Collins and Nikola Tesla. In 1909 an inspiring inventor by the name of general George Squier of the U.S was ordered to find out more about Nathan B Stubblefield. General Squire eventually created away to regulatory seize all of Stubblefield’s wireless Telephone equipment, Patents and related property. as well as Nathan Son Bernard belongings. this how America was able to win world war 1, COMMUNICATING WITH THE MEN FLYNG THE AIRPLANES WAS VITAL. Without Nathan’s wireless technology allowing pilots to communicate with soldiers on the ground America couldn’t have won.