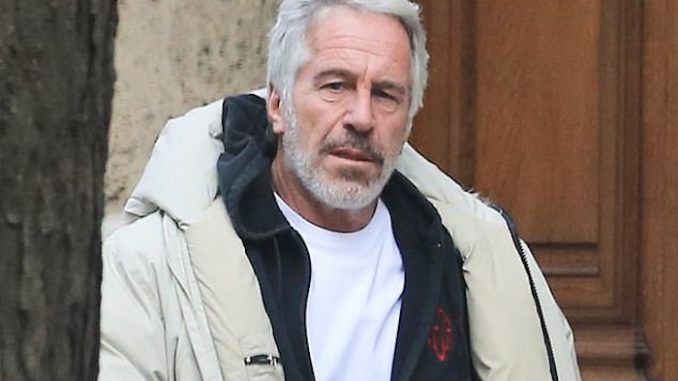 Who is trying to destroy Jeffrey Epstein

Somebody with a lot of money and power is trying to ruin Jeffrey Epstein life. Maybe one of his old wall street buddies that he help make possibl billions of dollars for. We can all agree that it isn’t the young prostitutes that Jeffrey was buying sex from.

Who is Jeffery Epstein

The American public knew little about Mr Epstein prior to these recent accusations of having sex with underage girls. The U.S media has failed to report who and what Jeffrey  Epstein did for a living. Jeffrey Epstein was encircled with a lot of rich and powerful men and one them more than likely is pissed at Jeffrey and would love to see Mr Epstein’s reputation destroyed.

Whats happening to Mr Epstein is the same thing that ed to millions of black people in America during the drug epidemic. Ronald Reagan ordered government agencies to go after the drug user Instead of the drug dealer. Ronald Reagan knew or should’ve known that Black people didn’t own the plans or boats that were being used to smuggle the drugs into America but Reagan and the two presidents that presided after him continued the conspiracy to destroy Black communities.

Jeffrey Epstein wasn’t trafficking young women. He didn’t need too. He didn’t have time to be running a sex ring. When your as rich as he is, women find you. Jeffrey was just knowingly having sex with them