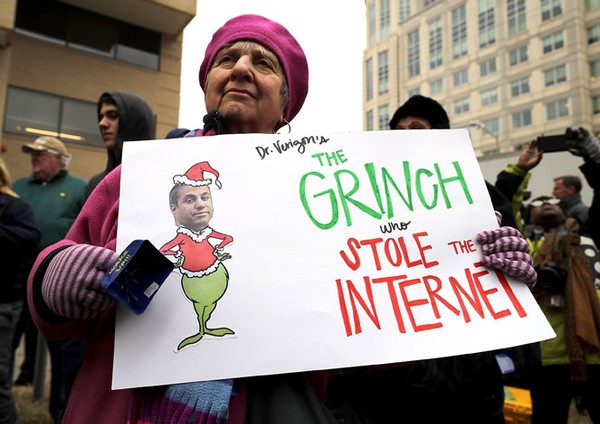 As Internet Service providers like AT&T, Verizon and Comcast Corp prepares to release new user policy agreements that will allow them to create fast lanes, Web Users world wide are fighting back.

consumers who cannot switch providers; they must either accept their ISPs’ disclosed traffic management practices or go without internet access,” the internet groups wrote.

Web users also question the legal basis the FCC cites for imposing the new transparency requirements on providers after the commission said it had no legal basis to maintain net neutrality rules.

The states’ lawsuit also asked the appeals court to reverse the FCC’s effort to preempt states from imposing their own rules guaranteeing an open internet.

Others have told the court they plan to back the effort to reverse the net neutrality repeal, including New York City, eBay Inc and some members of Congress.

FCC Chairman Ajit Pai has repeatedly said he believes the rules will be upheld and will encourage additional investment by providers. The internet groups brief rejected the argument that the net neutrality rules had led to diminished investment.

The FCC did not immediately comment on the internet groups’ legal brief.

The net neutrality repeal was a win for internet service providers, like Comcast Corp, AT&T Inc and Verizon Communications Inc, whose practices faced significant government oversight and FCC investigations under the 2015 order.

The U.S. Senate voted in May to keep the Obama-era internet rules, but the measure is unlikely to be approved by the House of Representatives or the White House.