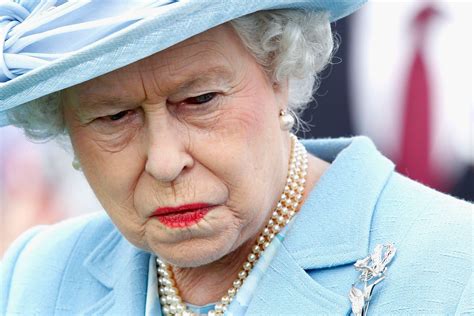 Racist Queen Elizabeth the 2nd is Finally dead. Will she rest in Peace?

Nothing can ruin a civilization quite like a depraved, decadent, and murderous ruler.

Will King Richard/Britian continue to profit from the pillaging and racial evisceration propagated since the beginning of British civilization.

When you speak of Queen Elizabeth the 2nd , never forget to mention that she was alive during colonialism guided by British exceptionalism or the political unrest it caused (and continues to cause).Countries like India and Pakistan Continue to wrestle with the economic, geographic, and cultural impacts of British colonialism, while others, like Saint Kitts and Nevis, have only recently gained true independence after centuries of meddling from the royals.

Nations impacted by the British Empire struggle to own their histories; they’re simply stopovers in the long march of imperialism. The empire didn’t grow organically. Their riches were stolen in the form of labor from enslaved people, pilfered bijous, and of course, tea. Elizabeth could have given any of the wealth back. She could have cemented herself as the royal who redistributed what was taken. She didn’t, though, and that wasn’t by mistake.

The Britain’s has a long history of hiding their systematic violence.More than half a century after the British Empire entered its endgame, historians are nowhere near a full assessment of the carnage shrouded by its preacherly cant, and, later, by administrators’ bonfires of documents as they prepared for the last boat out. The richest sense we have of the damage inflicted on colonies tends to come in regional silos. Elkins doggedly links them, moving from South Africa to India, Ireland to Palestine, and on to Malaya, Kenya, Cyprus, and Aden, revealing a pattern visible only in the long view.

Doesn’t seem likely Queen Elizabeth the 2nd will be resting in heaven.