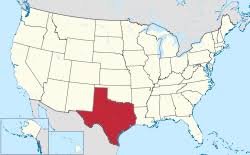 The people from Texas U.S.A

The State of Texas is the worse place on the planet for any person of color. You Can Hear the hatred in their voices, you can see it in their eyes, their spirits are overwhelmed with enmity for any human that’s not caucasian. For the last four decades and beyond men, women and teens from Mexico have worked tirelessly doing all type of work ranging from landscaping to housekeeping, even working on farms for ten to 12 hours a day while being underpaid, no health insurance or retirement benefits.  Now white America wants to label them as rapist and murderers, round them up and send them to a land the barely know. Separating kids from parents husbands from wives. The same way they did the African American Slaves for over 400 years. When President Trump says let’s make America Great again. Texans think Mr. Trump wants then to remain

America has never Been Great

The U.S.A  has done nothing to make itself great. If you call