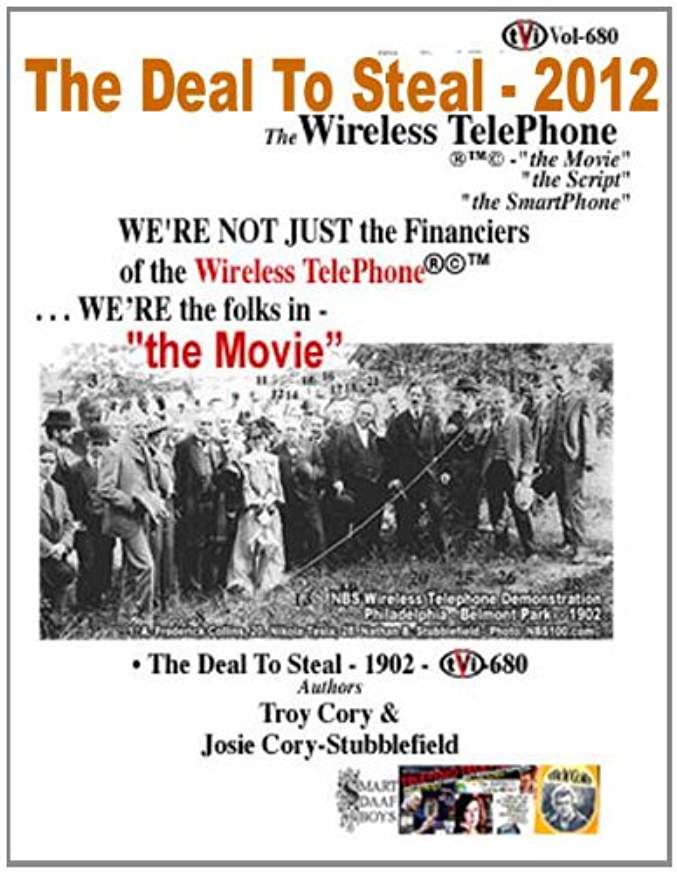 The Art of stealing a deal

The United States Government renamed the Electro Magnetic wave to spectrum for the purpose of discrediting pioneers and inventors like Nathan B Stubblefield who invented the Wireless Telephone then patented and copyrighted it 1907. The Stubblefield Family trust has renewed and updated all copyrights and has still never been paid by telecommunication companies that continue to infringe on their registered copyrights. With the help of The U.S government, Telecommunication companies like Charter communications were allowed to rename Wireless technology and package it into bundles to create another revenue stream for cable television system operators and give the consumer the convenience of a single bill for combined television, internet and telephone service.

The Stubblefield Family trust has been sending bills out to major telecommunication companies since 2009 after getting the okay from the FCC ( Federal Communications Commission) to bill wireless telephone companies for the use of the telephone numbers that they issue out to their users. But what the FCC didn’t tell the Stubblefield Family trust is that FCC would not publicly support their efforts. The FCC has declined to provide information regarding ownership of the Telephone numbering code system (TNCS) where all telephone numbers derive from. This is the system Nathan B. Stubblefield created in order for his users to communicate on his Wireless Telephone system he patented in 1908.

How did the American government become sole controllers of all telephone numbers? The U.S Government help develop every other nations telephone numbering code system by improving on Nathan B Stubblefield intellectual property without compensating him or his heirs. totally unconstitutional. But who do you complain to about a government with no oversight? NANPA (North American Numbering Plan Association) the agency that administers and distributes the telephone numbers to telephone, cable and internet companies are not allowed to provide information regarding ownership of the telephone numbers their administering.