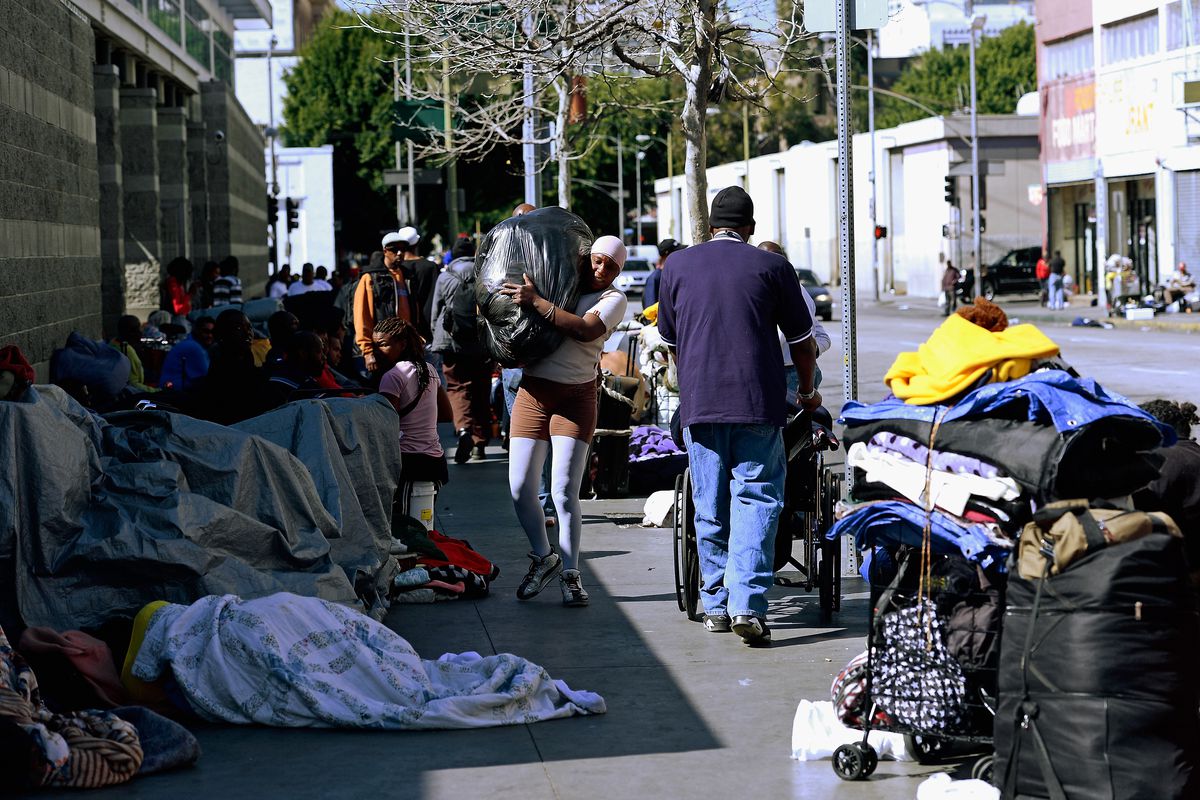 The Mayor of Los Angeles, CA Eric Garcetti has gone on public television to voice his artificial concerns about the homeless situation all throughout the L.A area. But what Mayor Garcetti isn’t telling people is how the city of L.A is knowingly handing out and approving dozens of new building permits each week to wealthy foreigners with intentions on building upscale high price apartments in neighborhoods where poor and middle class working people have lived for decades raising rent prices as they powerlessly watch the Re- gentrification of their neighborhoods. North Hollywood California has seen 80 percent of the people who lived in the community for a decade or more forced out due to lack of rent control. Just Five years ago a three bedroom apartment was renting for $1400 a month, now you can’t find a three bedroom apartment for less than $3500 a month in the NoHo arts district of North Hollywood. People that use to have apartments in the community are now homeless, sleeping in the North Hollywood Park. New construction of apartment complexes is popping up on every corner offering studio apartments for $2400 a month. Most agree to offer affordable housing but the companies that manage some of the complexes in the community like Lincoln Property company has very poor managerial and customer service skills and are very untruthful about the availability of low income and moderate income apartments. Solari’s company Another property management company operating in North Hollywood is very deceiving as well. We sent investigators in to apply for a low income or moderate income apartment and was told that the waiting list for a low-income apartment was a five-year wait and no less than a one year wait for a moderate-income apartment. So we ended up applying for a regular studio apartment that was renting out for $2200 a month which included an illegal mandatory cable and internet fee of $103.00. Tenants don’t get a choice of internet providers. Solaris management signed a deal with Bel Air Internet.com a third-party vendor of direct tv forcing every tenant that qualifies for an apartment to pay for cable and internet through them. Which I think is illegal because Solaris doesn’t mention anything about the mandatory cable and internet service until you agree to take the apartment then they slap you with the $103.00 monthly charge raising your rent to over $2300 a month for 500 square foot apartment. Bel Air Internet after hour customer service representatives reside in the Philippines.