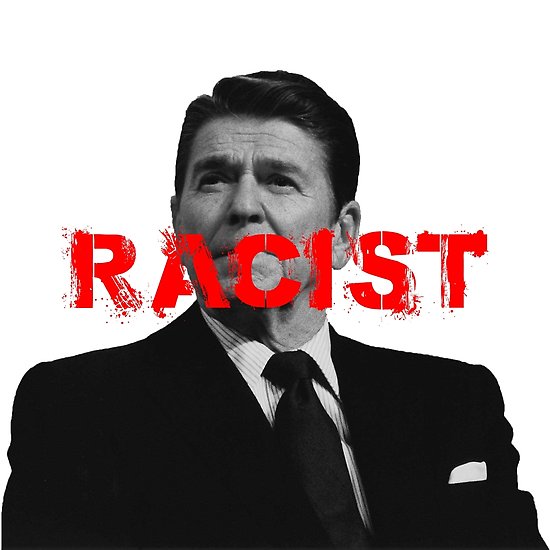 Racism in the White House

The National Archives released audio of a call between Nixon and Reagan, who was then the GOP governor of California at the time and later became the 40th president of the United States of America, Reagan is recorded  calling United Nations delegates from African countries “monkeys” in a 1971 telephone call with then-President Richard Nixon, and Nixon is recorded laughing.

Ronald Reagan racist comments were hidden from the public.  How could a man with views such as Ronald Reagan, ever become President? Some might argue that he was the United States best president ever.  As president Ronald Reagan Allowed heroin and cocaine to flood inner-city ,  destroying millions of families, communities and cities. Two Generations later Black people are still overcoming the devastating effect the crack and heroin epidemic created.

from 1982 -1989  U.S government , ships and boats imported millions of tons of cocaine and heroin through private airports and unsupervised ports throughout America. This was the only way every city and state in America could have an unlimited supply. Cocaine or heroin can not be manufactured in the  U.S. Every gram had to be imported. Ronald Reagan was the mastermind behind the cocaine epidemic. hundred’s of thousands, possibly millions of black men, woman, and youth were arrested because of drug possession, Every judge in America knew that the black men, women and youth were being used as scapegoats to address the epidemic but continued to issue out harsh sentencing to those who were caught using or selling the control substance.