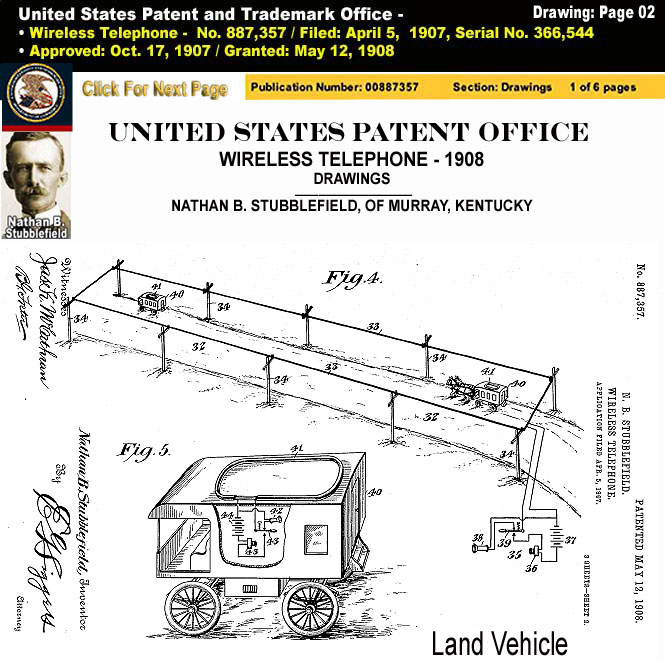 Is the American Government waiting on the heirs of Nathan B Stubblefield to die?

It took the U.S Congress one hundred and seventeen years to recognize the true inventor of the Telephone. ATT was allowed to become the worlds most recognizable telecommunication from fabricating lies, stealing and conspiring with other thieves to steal other inventors inventions.   The U.S government is fully aware of the opportunity that lies in front of them regarding one the most important inventions of prior and future generations and this the ®™© Wireless Telephone which is scientifically proven to be also:

Everything is Wireless or becoming Wireless unquestionable. and none of this technology is new. this is the same technology that Nathan B. Stubblefield used

during his experiments in1902. Man with this type of foresight needs to be recognized and honored he predicted 120 years go that his invention would connect the world, and it has. Our wireless phones have become priceless to us. It Hard to find a place on earth where they’re not being used.

Give the Stubblefield family and Trust the credit, recognition and compensation they deserve. Thats how you America Better. Honor People while they are still living.

4 thought on “Is the American Government waiting on the heirs of Nathan B Stubblefield to die?”

Leave a Reply to The Web User Cancel reply