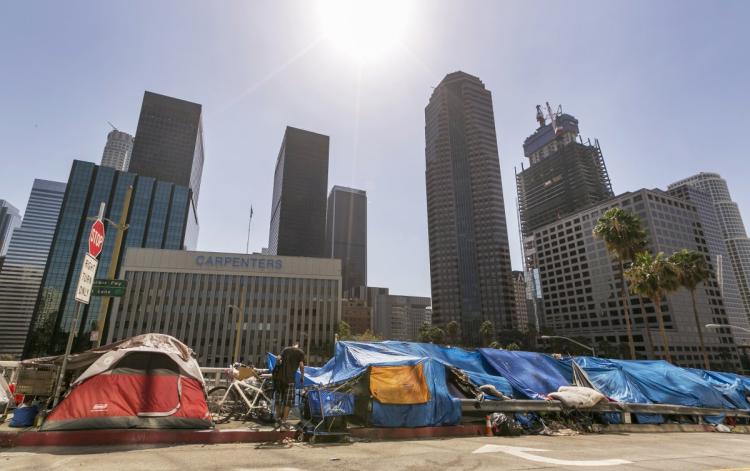 In the Last 3 years, Los Angeles California homelessness epidemic has nearly tripled. Over fifty thousand people are living on the streets in the richest city in America. L.A is known around the world for housing the rich and famous, where all the great movies are filmed and produced. But Little is said about the income inequality and the secret gentrification efforts by the mayor and his city planning office allowing developers to buy up swats of land in what use to be low and middle incoming neighbourhoods to build thousands of luxury apartments that are being leased and rented at prices that people who have lived in the communities for decades can’t afford. (Basically forcing them out) In North Hollywood, Noho district constituents have seen their rent increase almost 300% in the last three years.

The Justice System, The Mayor’s office, Local city Councilman and the city’s building and planning department are knowingly contributing to the homelessness epidemic. In order for developers to get permits to build complexes with 250 to 300 apartments, approval from the cities building and planning department is needed. If a developer is building a complex in the community that I’m the representative of. I Should know or should’ve have known about the project. The City Councilmen is part of the strategy to regentrify these neighbourhoods undoubtedly.

The U.S Justice system is allowing appointed Commissioners to act as judges. Every day in the city and county of Los Angeles hundreds of families are being evicted from their apartments by lawyers filling for judges. People Are ordered to show up in court and their case is being heard by a commissioner instead of a real judge. The court clerks and county sheriffs address these commissioners as “” in front of the complainant and defender. creating a false impression and an untruth. So the real judges don’t have to be blamed in the conspiracy of creating and fostering the homelessness epidemic.