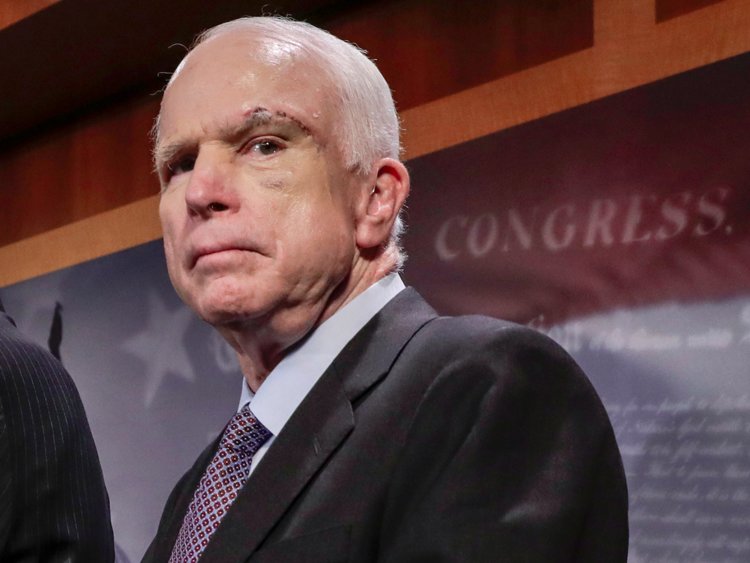 Senator John McCain was a straight out racist just like Former governor of Alaska Sarah Palin, the person McCain chose to be his running mate in 2008.

Why should anybody of color honor him. His records stands for itself.

Recently when the Supreme Court made it more difficult for a woman named Lilly Ledbetter to press her claim for pay discrimination. For years, she had been getting paid less than a man had been paid for doing the exact same job. And when she brought a suit, saying equal pay for equal work, the judges said, well, you know, it’s taken you too long to bring this lawsuit, even though she didn’t know about it until fairly recently. We tried to overturn it in the Senate. I supported that effort to provide better guidance to the courts; John McCain opposed it.

In 1983 Senator McCain voted against the federal holiday for Martin Luther King. McCain also voted in 1990 against civil rights legislation.

People of color, please don’t be fooled.There is no relevant reason to honor McCain.

McCain’s refusal to reveal his true feeling on the Confederate flag, a key issue in the 2000 South Carolina primary on which McCain changed his view several times, wasn’t his only dalliance with retrograde views in the South. One of McCain’s key South Carolina advisers in 2000 was Richard Quinn. As the Nation reported, “Before the primary, Quinn organized a rally of 6,000 people in support of flying the Confederate flag over the statehouse. Quinn dressed up McCain volunteers in Confederate Army uniforms as they passed fliers to the demonstrators assuring them that McCain supported the Confederate flag.” In addition to being a political consultant, Quinn is the former editor of the neo-Confederate magazine Southern Partisan. Quinn is working with McCain once again on his 2008 campaign as the senator’s top adviser in South Carolina.

Motion to table (kill) the amendment that would provide that in order to conduct roving surveillance, the person implementing the order must ascertain that the target of the surveillance is present in the house or is using the phone that has been tapped.

McCain scores 0% by the ACLU on civil rights issues

We work also to extend rights to segments of our population that have traditionally been denied their rights, including Native Americans and other people of color; lesbians, gay men, bisexuals and transgendered people; women; mental-health patients; prisoners; people with disabilities; and the poor. If the rights of society’s most vulnerable members are denied, everybody’s rights are imperiled.