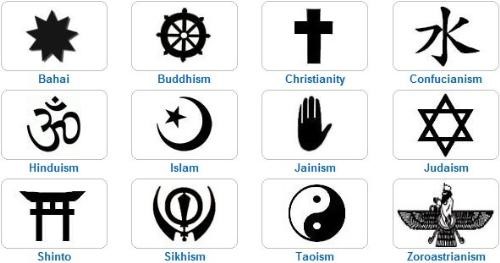 God never claimed a religion, why are we?

Representatives for Reverend T.D Jakes pastor of The Potter’s House, a non-denominational American megachurch in Dallas Texas were asked why isn’t their any pictures of Jesus in their church, their answer was Jesus don’t have a color…. But not long ago they had a great big picture of the European looking Jesus that Pope Julius 2nd paid artist Michael Angelo to create. How could men of God not know what color the only begotten son of God is, especially when the Bible speaks of his identity. Beyond that, how do men and woman of the christian faith and other religions world wide become so willing to denounce Jesus true identity. Members of every church, mosque and synagogue need to be truthful to themselves and Question rather or not if the heads of theses religions are working for the Devil. Christian leader in America are purchasing weapons instead of denouncing the manufacturing of more weapons Religious leaders are powerless none if any influence at stoping wars or stopping ordinary people from committing violent acts against other people…America religious leaders are out for cash not to see positive and meaningful change in communities and neighborhoods. They don’t walk the streets like Jesus did.

If the word bully had a face, Religion would definitely be it. Every religion believes their way is the correct way.It’s like going to Las Vegas and hitting the crap table. Once you start winning you better leave or will become worse off then you were before you came.

Why cant none the church leaders influence leaders of the world to be peaceful toward each other.  America has never had a religious leader sent from God. Thats Because God Never claimed a religion,  all religious followers are following a concept created by man that has no foundation. Jesus never claimed in religion. Time to stop this circus.Thats the TRUTH