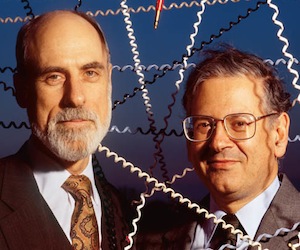 The internet has become much more “centralised” (in the tech crowd’s terminology) than it was even ten years ago. Both in the West and in China, the activities this global network of networks makes possible are dominated by a few giants, from Facebook to Tencent. this pattern—a disruptive new network being infiltrated by a new hierarchy—has many historical precedents. Examples range from the invention of the printing press to the Industrial Revolution.

Internet has become much more strictly controlled. When access to it was still mainly via desktop or laptop computers, users could stumble across amazing new services and try many things for themselves. These days the main way of getting online is via smartphones and tablets that confine users to carefully circumscribed spaces, or “walled gardens”, which are hardly more exciting than television channels. Makers of mobile operating systems can decide through their app stores which services smartphone owners have access to. Another control point is cloud computing, which by its nature puts outsiders in charge of applications and their associated data. Some think that governments never played a part in the internet should know or should have known that the creation of the internet funded by the U.S government “DARPA”. One of its founders Vincent Cerf, who is employed by tech giant google who’s operating like a monopoly. Governments exalt’s its power over large parts of the network, often using big internet firms as willing enforcers, for instance by getting them to block unwelcome content.

Since the dot com bubble in early 2000’s the internet has become a very different beast. The connections to transfer information still exist, as do the protocols, but the extensions the internet has spawned now greatly outweigh the original network: billions of smartphones and other devices, and cloud-computing factories the size of football fields, containing unimaginable quantities of data. The best way to picture all this is as a vast collection of data silos with big pipes between them, connected to all kinds of devices which both deliver services and collect more data.

Although the online giants themselves are a source of much invention, they dampen it elsewhere, so that fewer new ideas are being tried. Venture capitalists now talk about “kill zones”, areas they will not invest in because one of the big players may squeeze the life out of startups or buy them up at a low price.

The political consequences of the internet’s growing centralisation are even more troublesome, if less obvious. Walled gardens often limit free speech, as Facebook’s sometimes ham-fisted attempts to police its social network have shown. Having to hack the algorithms of only a few platforms makes it easier for Russian trolls and their Western counterparts to meddle in elections by spreading misinformation. The concentration of reams of personal data in one place makes serious leaks more likely. One example is the recent scandal at Cambridge Analytica, a political consultancy that acquired data on 87m Facebook users in underhand ways (and as a result went out of business). Dominant platforms are also handy for spooks, as shown by the revelations in 2013 by Edward Snowden, a former CIA employee who leaked vast amounts of classified information. Intelligence services had to tap into only a couple of computing clouds to find what they wanted. And online giants have plenty of cash to influence offline politics.

Most would agree that Without the free services and easy-to-use interfaces offered by companies such as Google and Facebook, far fewer people would be using the internet. Without cloud computing, which lets firms crunch vast quantities of data, AI would be nowhere. Having a few powerful firms in control also helps curb the demons of decentralisation, such as cybercrime and hate speech. This kind of thinking, long used by online giants to make the case against regulation, has gained some traction on the left in the West. But it is mostly thriving in China, where the government wants tech titans to help it in its quest to turn the country into a cyber-superpower.