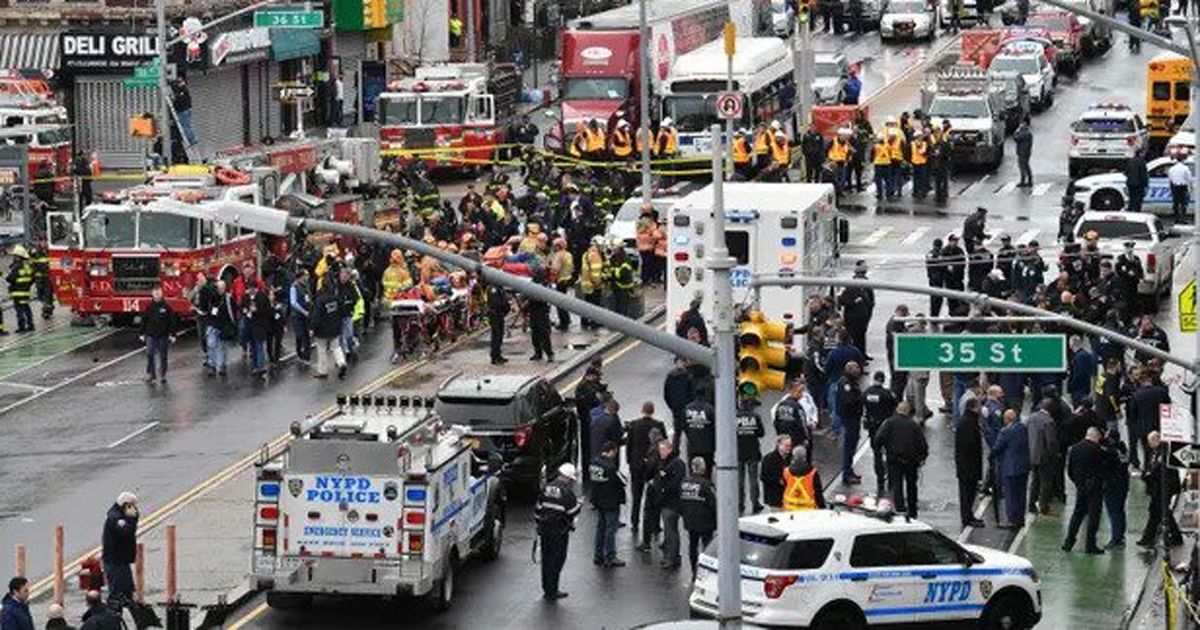 The latest shooting in Brooklyn New York is one of 132 mass shooting so far in year of 2022 and we’re only 4 months into the year. Violence has become the go to method for resolving issues in America.Brooklyns’ train shooting left more than a ten people with bullet wounds and another 100 people with life changing injuries. These people will never be the same.Violence has spiked in every city that offers public transportation.

The best universities in America don’t even have seasoned scholars in the public safety field, which makes them unqualified to even offer courses in civility. America’s police issues stem from history of corruption, racism and injustice. Data from its inception shows that police departments in every state in America was setup for failure. No relationship amongst citizens  and police officers exist. Violence incidents are at an all time high and the U.S still remains the number one manufacturer and seller of weapons in the world.

New York City is witnessing a 45 percent decline in passengers since 2021. People throughout the U.S are scared as hell and wondering where is the next shooting gonna happen. The people that are being fired and hired to make our citifies safer are not experienced or educated enough to deal with the pandemic of violence thats overtaking the Country.