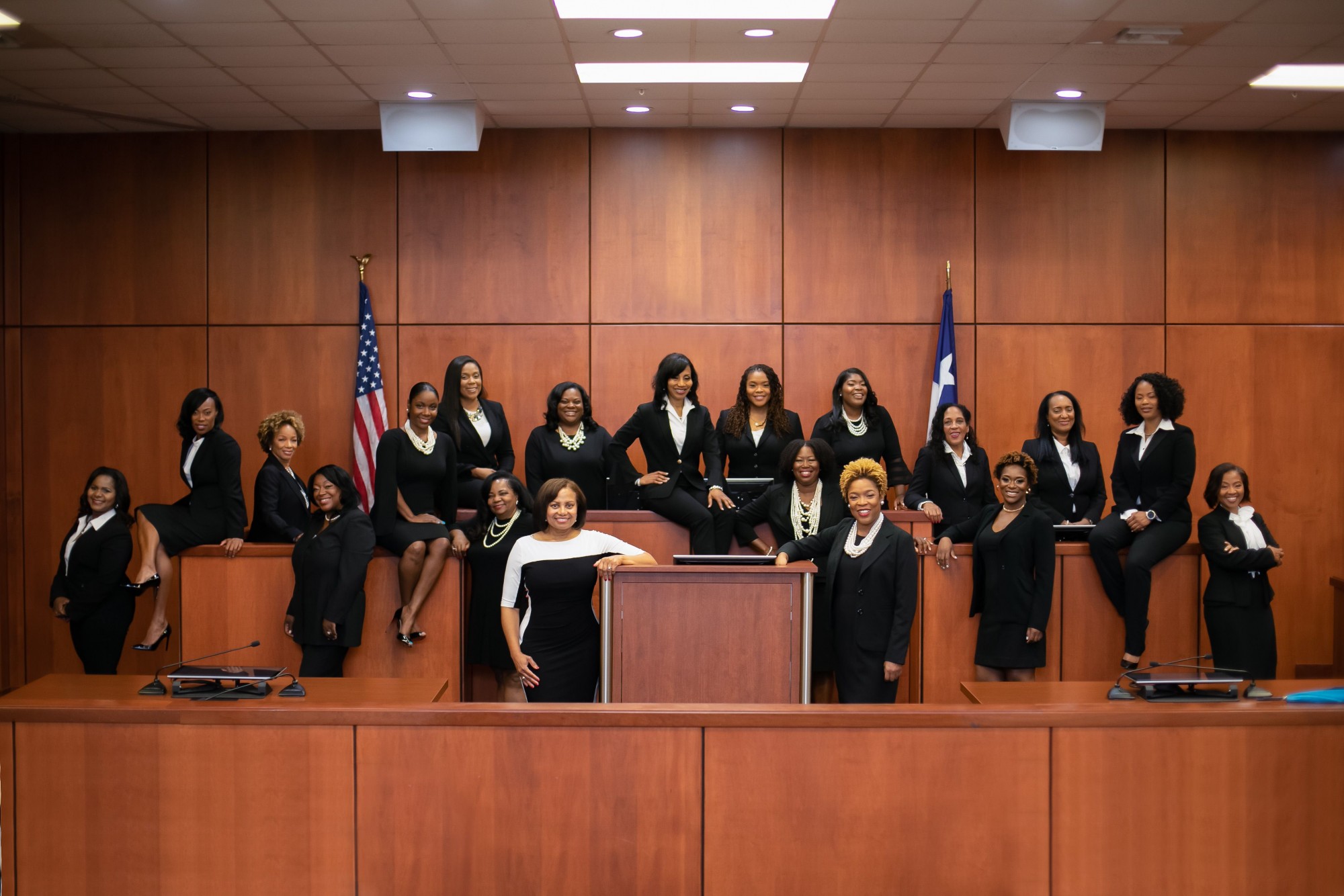 The number of black judges has increased, so has the Black and brown prison population. Either these judges enjoy serving Satan or they seriously lack Civility. Now it’s the Black Women turn to provide justice. 19 black female judges broke barriers as they were elected as county judges in Harris County in Houston Texas in 2018. I Hope these women know that the University of Texas didn’t allow black people to attend until nearly 200 years after it was founded. Texas is most likely one of the top three most racist states in America.

The U.S Constitution was created in 1787 in secrecy by 55 white-men, majority Slave owners. It took the ancestors and predecessors of these men almost 100 years after the U.S Constitution was ratified just to consider to start treating people that were not of the white race, like human beings. (Not to treat them fairly, but just recognize people of color as humans)  Something that white people never did prior to 1865, in America. It took the U.S Government and its judges another 100 years to stop segregation in schools. Majority of the”Law schools” were these judges derived from didn’t allow blacks to attend. A whopping 99.9 Percent of Americans judges never lived in urban neighborhoods, they have no experience of being poor, waking up and going to sleep with nothing. But they Judge us.

What impact will these women have.

They definitely wont stop the unchanging police brutality, income and wealth inequality.  I guess they will be able to give people lesser jail sentences. Texas has the largest prison population in the United States with over (218,000) prisoners. Surpassing the prison population of California (210,000), which has 13 million more citizens than Texas. The Lone Star State has more than 1,000,000 of its citizens under criminal justice control.  Blacks in Texas are incarcerated at seven times the rate of whites, and nearly one in three young African American men in Texas is under some form of criminal justice control. The incarceration rate for Blacks in Texas is 63% higher than the national incarceration rate for blacks during the 1990s, Texas added more prisoners to its prison system (+98,081) than New York’s entire prison population (73,233) by some 24,848 prisoners.

So Kudos to the new batch of Black judges, Now what’re you and #MeToo gonna do.

A start would be, re-writing the Constitution. If you can’t do that, how about recognizing all the injustices and repaying all the victims and family member’s who suffered under the 250 year law of the land that was created to benefit white people only. Knowing that none of these women can and will not attempt to do none of the mentioned above. What we should expect is, more black and brown men being sent to jail, driver’s license and passports revoked for (Child Support) not having money to send to their baby mother, More income equality, More racism, definitely more gun ownership and definitely more prison time for black men caught with a gun. Add that to the lack of resources available in prisons to help prsisoners become better people which is better for society as a whole.

The eye isn’t blind, it’s been trained to block out what it see

Since the old batch of Judges couldn’t stem Media consolidation maybe the new batch will. There are none, may I repeat, No Black owned fully powered and functioning broadcasting stations in AMERICA https://www.youtube.com/watch?v=_-1bwpVlVdU. That means there are no black owned CNN’s, ABC or FOX NEW type of stations that can reach every household in America. Black America gets all its news from a white and jewish perspective. Can the Judges Change that? Hell Naaaw. More than likely they’re not even aware or even care.