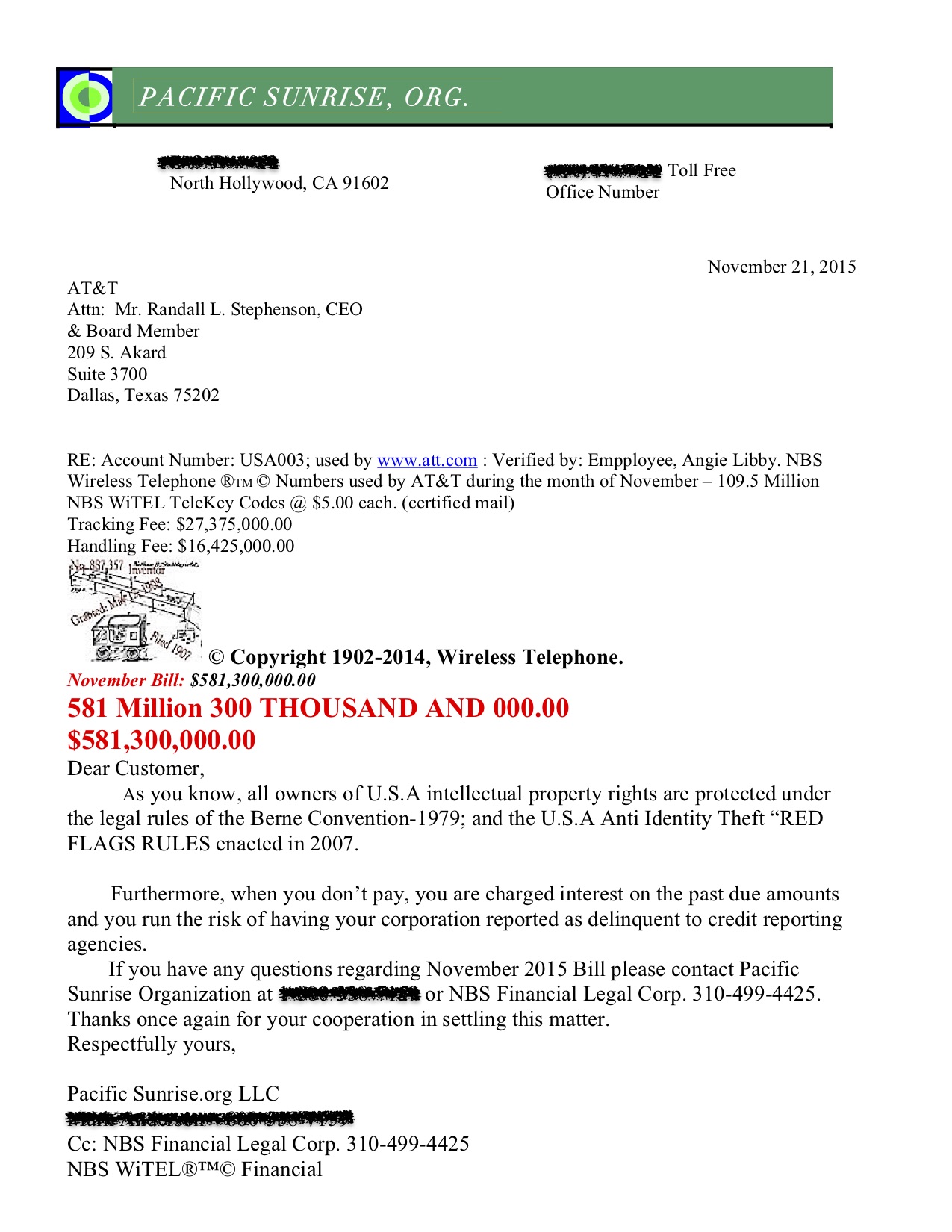 ATT must pay the heirs of the inventor of the ®™©Wireless Telephone, Nathan B. Stubblefield

ATT is the first of many telecommunication companies that have found out that they must pay for the telephone numbers that they issue to their users for ®™©Wireless Telephone service.

The American Telephone and Telegraph Company (AT&T) was founded in 1885 by Alexander Graham Bell, nine years after the U.S. Patent Office wrongfully issued patent 174,465 to him for supposedly inventing the Telephone. Bell never invented the Telephone, He actually worked in the same lab with the real inventor and conspired with Western telegraph to steal Antonio Santi Giuseppe Meucci invention.inventionhttps://www.theguardian.com/world/2002/jun/17/humanities.internationaleducationnews. One hundred and seventeen years would come to pass before the U.S Congress would admit that Italian inventor Antonio Santi Giuseppe Meucci was and still is the true inventor of the Telephone. ATT received a slap on the wrist for making America look like a bunch of crooks.

In 2005 AT&T change their name to ATT Wireless and became the leading Wireless provider in America. and not until recently have anybody questioned, how could this be. ATT never successfully experimented in wireless technology. They were a landline telephone company for 120 years.