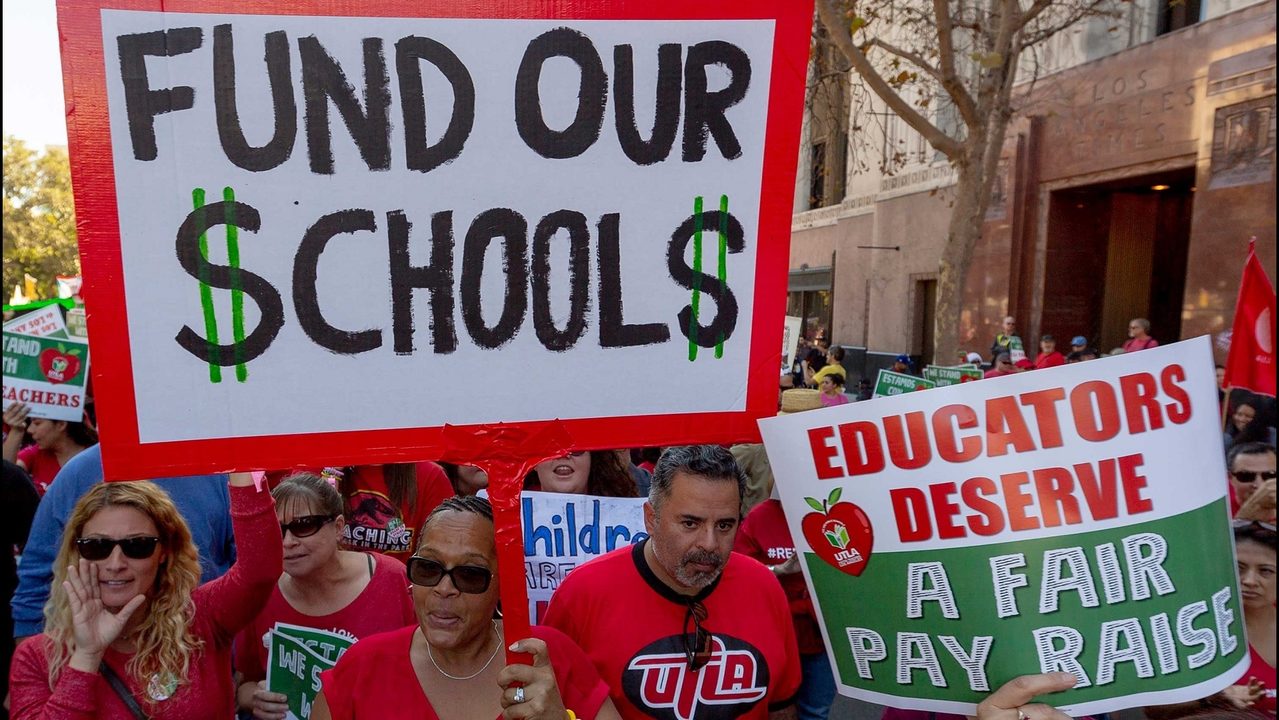 U.S has announced a $719 Billion dollar defense policy bill for their armed forces. While department of Education 2018 Budget is less than $45 Billion.

President Donald Trump signed and announced that U.S armed forces will be getting new planes, new nuclear bombs and a host of other deadly weapons costing the American Tax payers a whopping $719 Billion for the year 2019. While Public School teachers are out protesting about a pay increase and more funding for books that U.S  Obsession with war and maintaining  dominance in the world has created a military first and education last reality in United states. In cities like Chicago where programs for the youth are being slashed leaving unemployed teens and young adults living in poor neighborhoods inundated with ill effects of poverty. Weapons being smuggled across states lines, most coming through Indiana, the state where vice president Pence recently governed are ending up in the hands of  fatherless youth.

The gun violence in the black community that we see and hear about in Chicago derived from decades of neglect poverty and poor government planning. In the mid 1980’s Chicago’s inner city neighborhoods where full of hope and prosperity, every summer teenagers looked forward to working summer jobs, or participating in host of free programs that the government provided funding for. Gun violence amongst youth was never a problem.

Our records show that during Ronald Reagan presidency Drugs invaded urban communities in every state of America completely destroying families, neighborhoods and communities.

The Prison Population escalated 3 fold and continued through the 1990’s and 2000’s. Its On record that the United States of America Government was allowing tons of illegal drugs to the country. Every inner city neighborhood in America seen a new crop of drug dealers popping up weekly. For every drug dealer that was sentenced to prison 4 new drug dealers arose. This  eventually lead to separation of family and leadership in the black community. while the government was focus on sentencing fathers, brothers, uncles an other role models to the youth to long prison terms, single parent moms had to take on multiple responsibilities as parents. Being a single parent mom trying Raise a teenage boy during the worse drug epidemic

the world has ever witnessed had to be extremely difficult especially as a black woman who was already living in poverty before drugs had negatively affected the father of her kids, her brother and other family members. The Violence we are seeing in the third largest city in America is the result of the American Government greed and lack of concern for Black people.