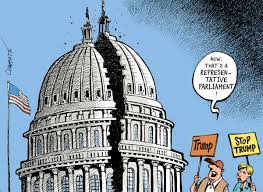 State of the Ruined

President of the u.s will say and do anything to make himself and the people who they represents look spotless in the eyes of the rest of world such as misleading and deceiving their on people to relinquish power. America is deeply rooted in hate, racism, inequality, Lies and war mongering.Countries with democratic elected presidents and other righteous leaders that were executed by America has awaken foreign governments and America’s welcome, has slivered to an all time low.

America Politicians are worse than any of their predecessors, all of the men and women who have been publicly elected has knowingly and systematically made sure Black people continue to own only, one half of one percent of Americas wealth. Black people don’t own any of their Communities resources. Their are no Black Owned grocery stores. No black owned Utilities companies, Cable companies, Gas stations.NoBody’s sending their kids to schools in black communities. No money stays inside the black communities, thats why black communities remain in impoverished.

Quote from Rush Limbaugh:
“You know who deserves a posthumous Medal of Honor? James Earl Ray [the confessed assassin of Martin Luther King]. We miss you, James. Godspeed.”

People of color wake up