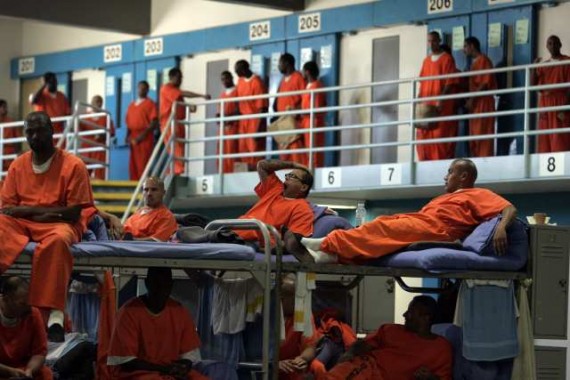 2.5 million prisoners coming together for change

America’s prison population is the largest in the world with over 2.5 million men incarcerated in private and state owned prisons. Most are forced to work for 8 to 12 hours a day for less then 13 cents a hour. Instead of giving back to the low income communities where most of the crimes are committed and where help is much needed to prevent young men and women from committing crimes, Law Enforcement are taking payouts and doing favors for the rich. On any given day you can find prisoners doing landscaping work for privileged white people living in all white suburban areas some are putting out wildfires in the state of California where the average fire fighter earns about $6,000 USD per month, Prisoners are being paid a little over $20 USD per month. This is undoubtedly modern day slavery.

Prisoner’s are finally using the only power they have and thats UNITY, instead fo fighting amongst each other they’re coming together to fight for education, better living conditions and training to seamlessly integrate into society. Most prisoners cant even afford a phone call to family members because the price to make a phone call is close $2.00 USD per minute.  Stay smart